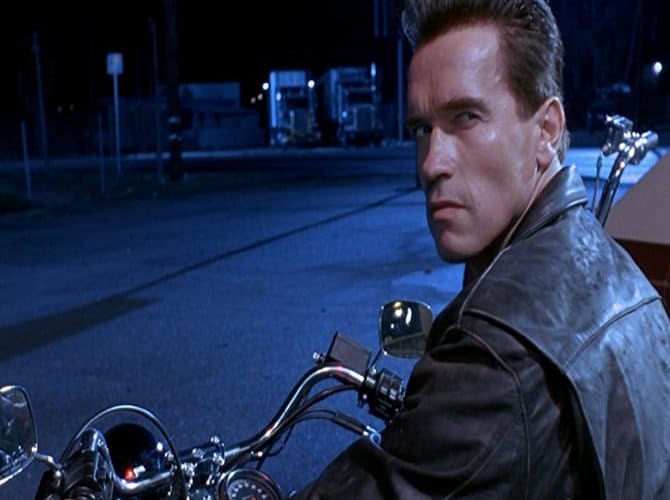 Considering this author was born in 1986 I was far, far, far too young to appreciate the era that was the 1980s when it came to movies. In fact, I was still too young in the 1990s. I was young enough, however, to experience the magic that went into movie making in this era. This list will contain, with trailers of the top ten movies of the 1990s for males. T

(If you are interested in seeing a list involving the best 10 movies of the 1980s you can see it by clicking here).

Forrest Gump is simply put, one of the greatest films ever made. This five-star film follows the life of the most unlikely of success stories in Alabama born Forrest Gump played by Tom Hanks. The film sees incredible highs and relatable lows and that’s what makes it so good. A true masterpiece. Forrest Gump was nominated for thirteen Oscars in 1994. It won an incredible six. If you would saw the competition at the Oscars in 1994 you would realise why this is such an accomplishment.

Terminator 2: Judgment Day was one of the most iconic movies of the 1990s. Released in 1991 Terminator 2’s special effects brought on by James Cameron and Stan Winston were never before seen. The entire Terminator 2 team were really paving a new way by including outstanding camera and special effect skills all throughout. Terminator 2 capturing Arnold Schwarzenegger’s task is to protect the human resistance’s future leader by sending a soldier (the T-1000) from the future to kill him in the past a child. A real stand-out movie and one that if you have not seen it you must.

Eyes Wide Shut is Stanley Kubrick’s last ever feature film. In fact, Stanley Kubrick died before its release. Eyes Wide Shut focusses on the life of well-to-do New York Doctor as he navigates through his privileged life. One evening after a Christmas party the main character (played by Tom Cruise and who is married in the movie to his then real-life wife Nicole Kidman. This film is not for everybody. However, I must say I enjoy it a lot. A great movie.

It is one of life’s true mysteries how two of the greatest movies ever made both came out in the same year and not that many months apart either. The Shawshank Redemption is just an absolute masterclass in film making and only that Forrest Gump came out at the exact same time it is widely believed that The Shawshank Redemption is as good as a film that could be made considering his actors were Morgan Freeman and Tim Robbins. Pure class.

The Crow is one of those cult classics that has the tendency to split a crowd. You will either love it or hate it. Eric Draven is a young loved up American who along with his lover falls victim to a ruthless gang on what’s known as Devil’s Night. After his murder, he is brought back by a crow to avenge his and his partner’s death.

What makes this movie stand out in notoriety is that its lead actor Brandon Lee (the son of Bruce Lee) was killed while it was being made in a mishap involving one of the guns on set.

This truly is a master piece of film making. American Beauty looks into the “real” America. It follows a middle aged man (Kevin Spacey) who enters some what of a mid life crisis being in a dead end job with little prospect of moving on. The film catches the harsh realities behind most closed doors in America. This movie keeps you asking, what will happen next. BTW it also stars a very young and very good-looking Mena Suvari too.

Perhaps the movie that stands out the most from my childhood (I’m thirty-one now) is Jurrasic Park. I can remember the hype about it like it was yesterday. For me, what stands out most about this movie is the fabulous scenes around the island where it is films and the legendary music from John Williams. A phenomenal movie.

Much, much better than its sequels, that’s for sure.

The below video is not a trailer but instead a clip of an iconic scene from the movie.

For the second time, Arnold Schwannager is appearing on this list. Arnold Schwarzenegger plays the role of Douglas Quaid a man essentially trapped between two separate lives. Set in a time in the 21st century Arnold Schwaasanger must take on the Mars leader and win back its people’s independence.

If you have not seen this before, it is far fetched. However, it truly is a fantastic movie.

It would be nothing short of a travesty if this legendary comedy was not included. Starring Jim Carey and Jeff Daniels Dumb and Dumber goes on to be the best comedy movie of its generation. The movie spawned countless imitators of its style and sharpness. Nothing comes even fairly close. Dumb and Dumber is head and shoulders the best comedy of the 1990s. Hands down.