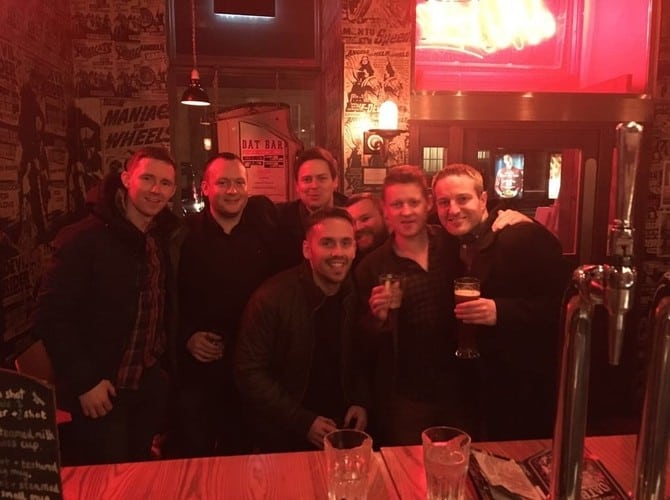 Yesterday evening I returned home from my stag weekend from the crazy but interesting and fun town of Newcastle in north England. MY GOD. If you have a wedding coming down the tracks and you are living in Ireland a stag weekend in Newcastle is very, very do-able. This article will discuss where to stay, where to go and how much it will cost.

Like any male in Ireland the first-port-of-call for travelling just about anywhere in Europe starts and finishes very quickly with Ryanair. We got our flights on a Friday evening from Dublin at around 19:30. After a few pints and a burger in the airport we were ready to go. Upon going on the plane it did not take long to see who else was going to Newcastle on a Friday evening from Dublin. The plane consisted of about 85% Irish stag. There was not one spare seat. I had done no research myself on Newcastle but the motivation for picking Newcastle as a stag destination was the notoriety associated with the city from the famous MTV show Geordie Shore. I often wondered could the place and the people that go out at night really be like how they are presented. They were… and much, much more.

The flights ending up costing about €40 each way. It actually would have been a little bit cheaper had we booked a little bit sooner as Ryanair’s advertising always promotes (which I did not pay as it was my stag but this will give indication of about what it could cost)

Upon my groomsmen conducting extensive research on where to stay it was  decided that the criteria most important for our accommodation choice was proximity to the craic in the city centre, the cost of staying there and if it was decent to stay there or not. It was perfect for what we wanted. We could literally walk to the heart of the city centre in less than seven minutes.

Jury’s Inn on Scottswood Road was great. It was clean tidy, inexpensive and right next to many of the other ale houses in the area.

The group that went was fragmented into two or three subgroups which meant that activities were hard to organise. One activity that almost all people on the stag got involved in was a trip to the pub right across the road from our Jurys Inn called The Eagle. It had been explained to me before going in that its a place where you should definitely go into, despite it being supposedly a  “gay bar”. We decided to go in between 11 and 12 in the morning time and rest assuredly what we saw in there was definitely not gay. The bar was packed with full-on stag parties all waiting in anticipation for something that not none of our group knew anything about. Suddenly two attractive scantily-clad females walk out and begin chatting with the punters in the bar. It was not long before full out “entertaining” began. What I found unbelievable was how quiet and reserved these people were when talking to people at the bar and how they transformed when it was time for them to do there work. 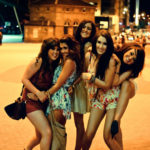 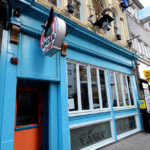 Night time was a little hard for me to remember purely down to the number of pubs we had visited and how long we had been drinking for. We had spent time in a no-nonsense pub known as The Beehive. It was packed with mid-forty aged lads and lassies holding on to their youth. Punters in The Beehive were all mad for craic and looking well for their ages. If you were single and had a penchant for older women this would be perfect for you.

We had been to a multitude of other bars. On our way back to our hotel we passed Powerhouse, just around the corner from Jury’s Inn. At this point, we were all so scuttered it did not matter what was in there, so long as they had boos in there. We all went in, I recall the place being gigantic but can’t remember much else about it.

In conclusion, what could I say about Newcastle? What a place.

The entire city is awash with scantily clad women all out to mix and mingle with hundreds of stag nights that are visiting the city.

There is a great atmosphere in the city. Everybody is out to have a good time.

Relative to Ireland the price of drink is actually cheap and with Ryanair flights it’s actually cheaper going and staying in Newcastle than a long weekend drinking in Dublin.

Newcastle during the winter time is absolutely freezing (and despite the cold weather it still didn’t stop the wans on the streets wearing next to nothing.

Drink fairly cheap in most places 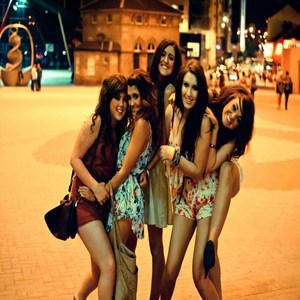